Life has been a bit surreal in the last 2 weeks…

Melbourne was electric in the lead up to UFC 193. So much media attention was given to MMA, mainly because it was the first UFC event in Melbourne and because two women’s fights were headlining the event.

ABC Lateline news interviewed Australian Girls in Gi (organised by Jess Fraser) about women in martial arts, and the positive effect it has on the community as a whole: 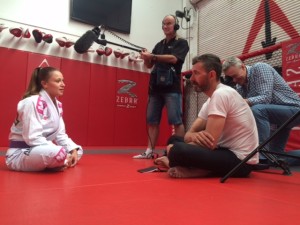 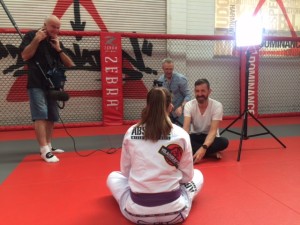 I was also interviewed for the Daily Mail:

My idol Joanna Jedrzejczyk landed in Melbourne a week before her fight and wanted to use the Absolute gym for training. I was thrilled to be able to open the gym for her and watch her train. To my surprise I was also asked to do a few light and fast BJJ rounds to help her prepare – my aims were to not let her up, when we started against the cage and to stay on top on the ground and move as much as possible. 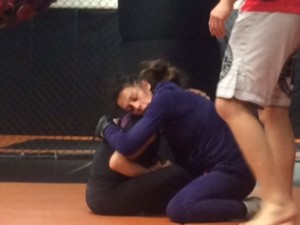 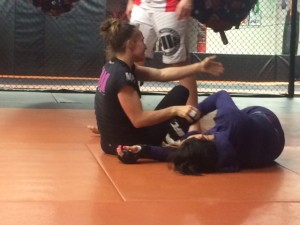 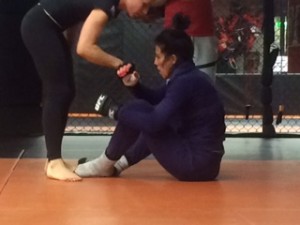 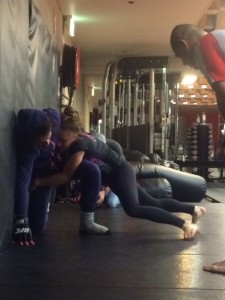 Her work ethic is insane. Joanna is strong, fast, obviously extremely technical, tough and determined. But the thing I felt and noticed the most was how real and kind she was. There is just no bullshit about anything she does. I was already a fan-girl before, but now my respect for this woman has increased 10-fold. 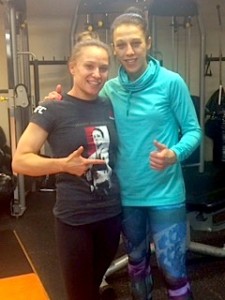 During the week, Joanna’s coach Pawel trained with us at Absolute South Yarra. As I got to know him a little, I realised how passionate he is about his job and what a brilliant mind he has for MMA. It was incredible to have a little insight into what Joanna’s team is like.

The night before the fight, Pawel asked if I wanted to translate the fight for TV. My heart started racing, as I was unsure my Polish would be quite good enough, but I wasn’t going to say no to such a rare opportunity. The plan was to pick up my ticket from Joanna’s hotel and have someone from the UFC contact me once I got to Etihad Stadium. 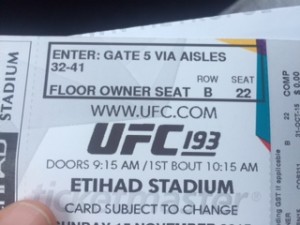 As I started walking towards my seat, I realised I was sitting ringside, with Joanna’s family. Certainly not your everyday life… 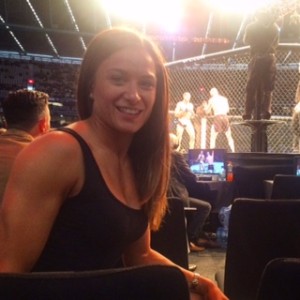 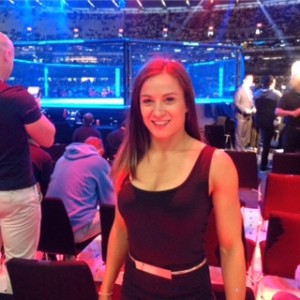 Finally, one of the UFC producers came to speak to me and and explained what my task was for the night. I was to translate Joanna’s corner’s instructions during the bout breaks. I would be sitting next to Joe Rogan and going live worldwide. 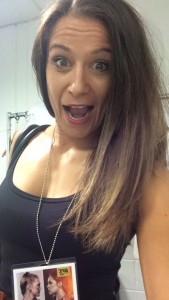 I kept trying to tell everyone that I needed more that 5 minutes training, but I was assured all I had to do was to sit and talk. Easy, right?!

I thought this can’t be more scary than competing at a Worlds final, but the truth is, it was. Mainly because I was utterly unprepared. But I took a deep breath and decided to give it my best shot.

When I put the headphones on, things got real. I could hear Joe Rogan in my left ear. In my right ear, both the Polish and the Canadian coaches were coming through. I could also hear the 60,000 people around me. And the producer coming in and out. I had to lip read the Polish coach a lot, as I found it difficult to concentrate and listen to 6 voices at the same time. 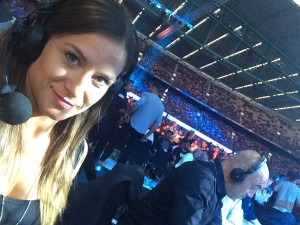 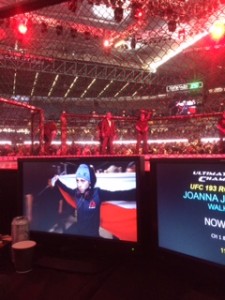 During the break after the second bout, the camera panned to Joanna. The producer informed me that this was my cue to speak. I tried to emit the excitement in my voice, but as soon as I started, his voice came in my headphones saying I was not to describe what was said but translate word for word. Not easy with no practice. By the time it took me to make a coherent sentence in my head that the general public would understand in English, 5-10 seconds have passed, and then the 1 minute break was over. I was terrified at my poor performance. At least I got to enjoy the rest of the day and watch some amazing fight, whilst still cringing at myself. 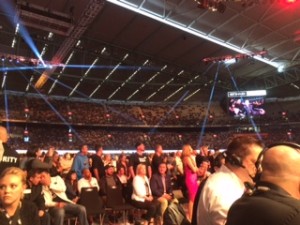 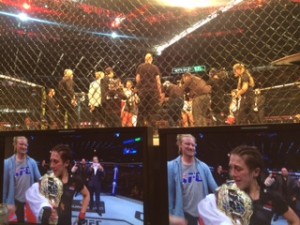 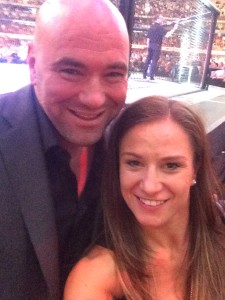 I watched Ronda’s fight fight ringside and tried to capture the excitement and disbelief on camera, as she was knocked out. What a fight!

After the fight, I got to spend a little time with Joanna and her team and eat some burgers before we said our goodbyes at midnight.  I feel very privileged to have had the opportunity to meet her, watch her prepare and fight and more importantly get to see her for who she really is. What an absolute legend of a person. 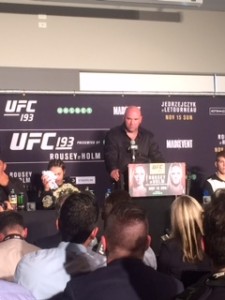 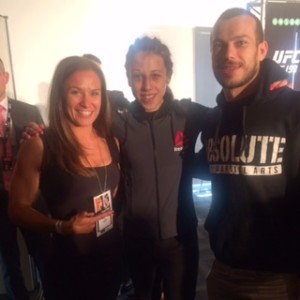 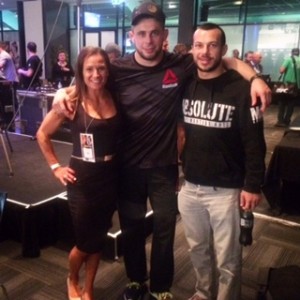 It was an incredible experience being a very small part of UFC 193. Having women on the card and seeing how much respect they get makes me so damn happy. These ladies work incredibly hard, are amazing role models and inspire not only me, but many other women in the community.

Check out the UFC 193 Embedded Vlog below:

To add the to this surreal experience, our good friend Stehphen Halpin is currently filming a documentary about Lachie’s road to Eddie Bravo Invitational. He is the first Australian to be invited and is a great representation of Aussie BJJ.  As a result, Lachie and I have a camera following us around – from training, to work, to home, to family dinners. It’s a very odd feeling, but I’m excited to see the end product. 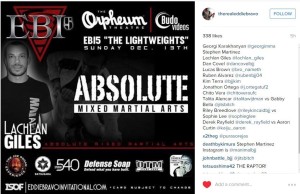