Surviving BJJ in Brazil as a Gringa 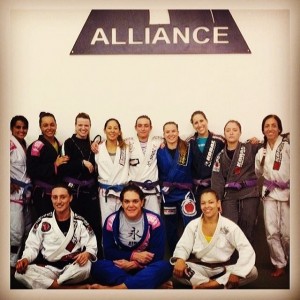 By no means am I an expert in jiu jitsu gyms etiquette, but I am quickly learning. Since October last year, we have visited about 20 different academies in 5 different countries, ranging from tiny gyms with blue belt instructors to the biggest and best teams in the world.

The familiar feeling of anxiety when visiting a new club has long gone now. I have experienced people writing to me and Lachie inviting us to train, asking us to run classes, being one of the higher ranked on the mats, being the lowest ranked belt, being the only woman, having people completely ignore us, having people greet us as soon as we walked in, I’ve had girls going completely mental at me and pretending it’s World War 3 and shoot doubles into a wall before we even shook hands, I’ve also mostly had AMAZING training partners who have become great friends in the process, but mainly I have been lucky to have a chance to quietly observe different cultures and swallow my ego.

Here is a quick list, which makes me survive whilst training overseas:

Have I missed anything? Who else has their own set of rules they try to follow in a BJJ gym?