We have planned to see the Monarch Butterflies after Puerto Vallarta and debated for quite a while, whether to stop at Guadalajara for a day or 2 on the way. It was a last minute decision and I’m not even sure what made us decide to visit this city…but man, was I glad we did.

The bus from Puerto Vallarta took about 8 hours and driving through the outskirts of the city didn’t leave much of an impression. It was dirty and grey and we wondered if we’ve made a very bad decision.

So after we checked in in our awesome Hotel Francis (which was opened in 1610 and is full of history and beauty), guess what we did? We found a Jiu Jitsu school and went to training. 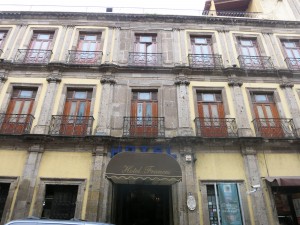 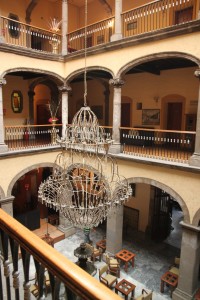 Samurai Fight Center offers jiu jitsu, which is run by a brown belt Tito Castro. We were slightly late to the Friday night gi class, as we didn’t account for the hideous traffic, but we jumped into some drills as soon as we got there. Lachie and I were pleasantly surprised by how well everyone drilled under Tito’s instructions and how smoothly everyone moved. There were heaps of coloured belts and about 5 women. I had some great rolls and a heap of fun. 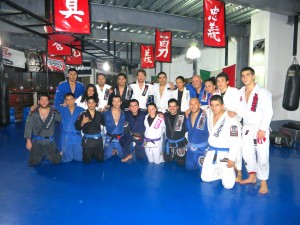 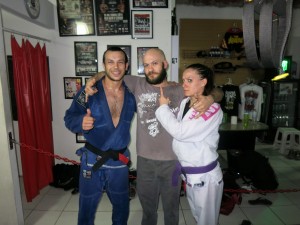 We found a Mexican Kit Dale!

After class about 10 of us went for pizza and beers and then for a second dinner at Mariana’s restaurant Papa Cabana for some seriously good tacos. Jorge and Mariana dropped us off at our hotel and arranged to pick us up the following day at 10 am. 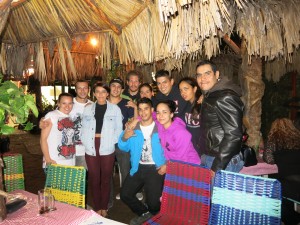 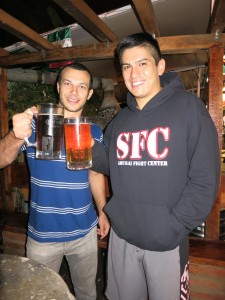 We started off with Mexican breakfast and this is where I started my obsession with mexican coffee – Cafe De Olla – coffee with cinnamon sweet goodness. Then we went to a 2 hr no gi session, which again was technical, fun and a great work out.

As if everyone’s hospitality wasn’t enough, after training, about 8 of us jumped in cars and drove to the town of Tequila. Yep, we had a purpose. Drink Tequila. We also ate some yummy Mexican food, had a look around the tequila factory, tasted some tequila and then bought 2 bottles, some lime and salt and sat down, while drinking, singing and dancing (or more like watching Timothy sing and dance). 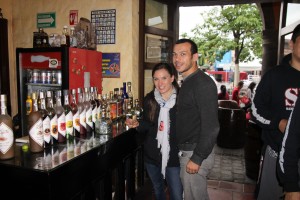 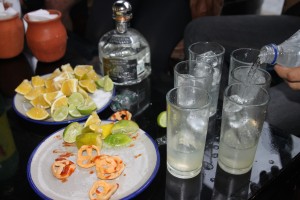 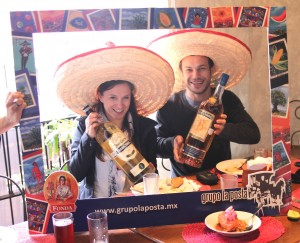 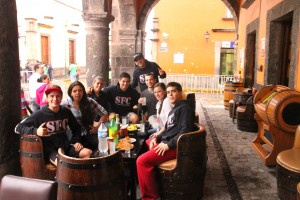 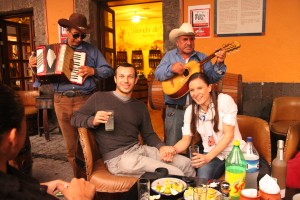 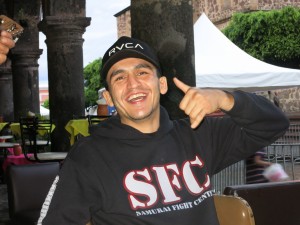 On the way to the bus terminal we had enough time to watch a few UFC fights at a bar with the guys and then we had to say our goodbyes. 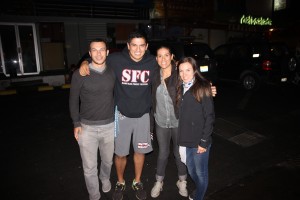 The 2 days in Guadalajara were magical and it was because of the amazing people we have met. Tito is a great teacher, a fantastic person and I’m so glad we’ve met him. Mariana (who is a National Muy Thai Champion) and Jorge are both incredible human beings… I have never had anyone show that much hospitality and kindness and I can’t wait for them to visit Australia, so they can see Drop Bears and all the other animals that can eat you.