As I placed in top 3 at the Worlds, I was allowed to enter open weight on the same day. Of course I was going to give it a go, even though I was a little Light Feather weight. I had a bye and then faced the Light division winner. Unfortunately, things didn’t go my way and it whole experience reminded me just how much everything has to go right on the day in order to win a World Title. 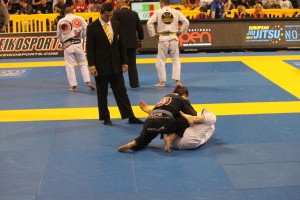 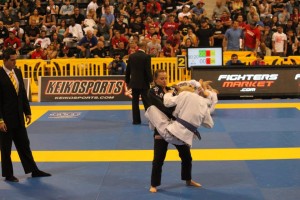 Few minutes into the fight, after my opponent pulled guard, I was just getting out of an arm bar that wasn’t quite on (Yep, well aware that I was in a shit position anyway). As I was stepping over, trying to pull my arm out and grab her pants, the ref called the fight, convinced that I tapped.

Now, for those who don’t know me, I am probably the most careful person who more often than not, taps too early. To me, an injury (specially to my upper limbs) means that I would be unable to work as a physiotherapist… and at this stage in my life, my professional career is pretty damn important.

This incident was very frustrating and disappointing. However, not much I could have done, but shake everyone’s hands and walk away with my head held high…

I spend the rest of my time at the Pyramid cheering everyone else on. The boys did great and as always provided me with a lot of inspiration.

Jess Fraser and Kirsty Mather fought their hearts out, but didn’t get the results they trained so hard for this time around.

Meagan Green did great and won a silver medal in her Purple Belt division, which was a massive effort on her behalf.

Magical Anna Mayne from Manchester (an an honorary AGIG), won a bronze medal in Light Weight Brown Belt division. Anna is a total gun, not only at BJJ, but also at life. If you don’t know her, you should! 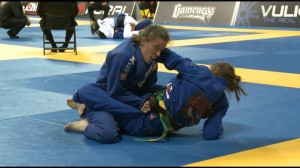 A fellow Pole Marysia Malyjasiak won gold in her purple belt weight division and lost a close final to Monique Elias in Open Weight. It was a pleasure watching her destroy everyone in her path and also gave me a chance to practice my very rusty Polish. 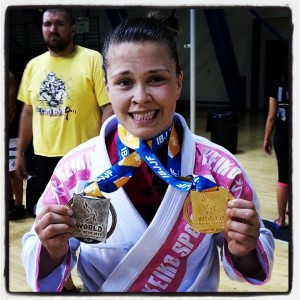 After the competition concluded, I spend the next day with Jess and Kirsty driving around LA, listening to bad music and eating acai. I left the girls there to continue their trip and headed home, straight back to work. 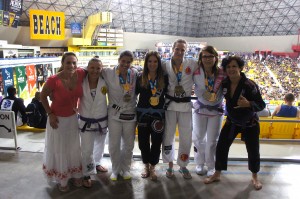 My first training back at home was a special one.

My coach Thiago organised a ‘welcome back’ roll instead of a structured class. Unknown to me, he also invited Lachie and my first coach Daniel Shaw. After a touching speech, he pulled out a surprise purple belt and tied it around my waist…It was such a special moment and it meant the world to me to have these three fantastic men at my grading. They have all contributed so much to my jiu jitsu. (And I escaped the exam and a 2 hour roll, wooo). 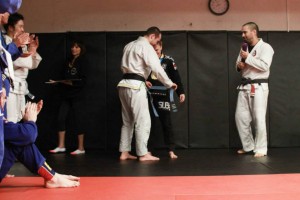 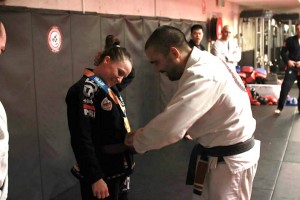 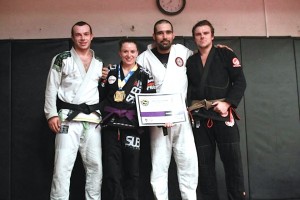 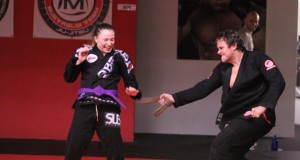 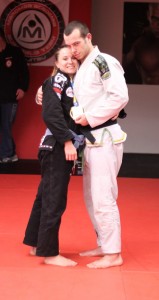 I still can’t believe the epic-ness of that one week. I became a World Champion, I was ranked IBJJF number one blue belt light feather in the world and I received my purple belt.

I am back down to Earth now, working full time, training my butt off, lifting heavy stuff, learning new things, doing a ton of no gi and loving jiu jitsu more than ever before.