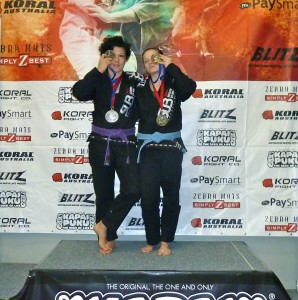 After my New Zealand trip, I had 4 days to get ready for the 2012 Pan Pacific Championships in Melbourne. This is Australia’s biggest competition, and I was so damn excited to finally have Lachie, my coach and my team mates with me.

Truth be told I was still feeling very low after NZ and had to work very hard to find motivation in the week leading up to the fight.

However on Friday, I was ready, pumped and excited for u56kg no gi division. I started off well, scoring points and controlling the fight. And then, I got triangled with 40 seconds to go. AGAIN.

I took this loss much too hard. An emotional roller-coaster that I have been in for the last 5 days was just too much. Pre-comp NZ nerves, then a loss, disappointment, then getting happy again and ready for Pan Pacs, then another loss. I literally lost my marbles and cried in to the pillow. Yep, that’s what I did. And as I was doing it, I remember thinking, what the hell are you doing Liv?! My team mates will sure agree with me that I was in the most foul mood all night, sneering and crying at everyone. It was certainly a strange, if not embarrassing place to be in.

So, after a night of BJJ nightmares, I woke up and slapped myself. I had u56kg gi and open no gi. I really wanted to win my weight gi division and needed to be switched on and strategise every fight. When my hand was raised after a close final, I was so damn relieved. And happy. Finally, I was the Pan Pacific Champion… 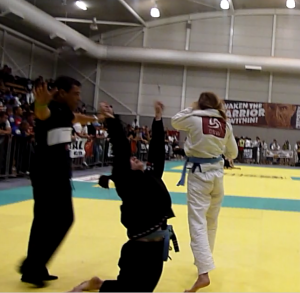 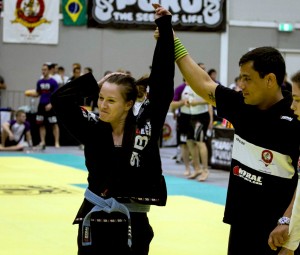 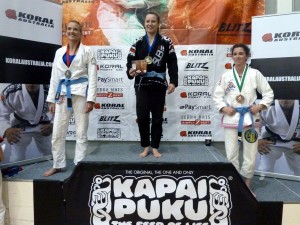 No gi open weight was a fun division. I hit a massive sweep on a 97kg opponent, I won the next fight playing guard, then met Meagan again in the final. Playing guard without gi grips was probably not the best idea and after a while I ended up tapping to a wrist lock. 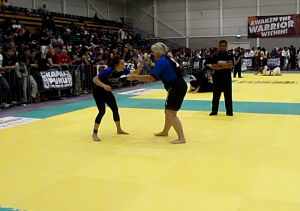 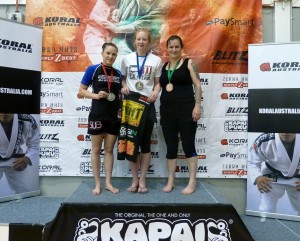 I was very proud of myself after Day 2. I completely turned the previous day’s disappointment around and started fresh. I was calmer, I listened more and I used a different strategy in every fight, and on every opponent. I know that my mistakes are not yet fixed and that I merely survived some fights, but my goals were achieved for the night. 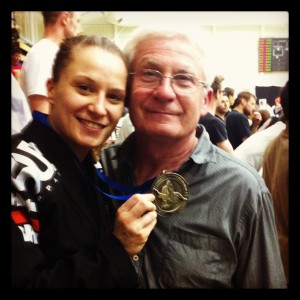 Dad- my biggest supporter and a legend

I woke up exhausted on Day 3, after not leaving the gym until 11.30pm, while fights were still going, but I had open gi to get through. I lost 2nd round, but I was actually very pleased with how I fought and learnt a lot.

Maromba won 2nd Female Team and it was a pleasure watching Lachie and my team mates compete. 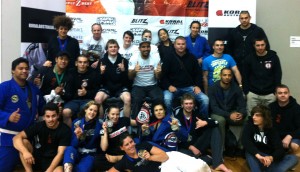 I had so much support from everyone over the 3 days. Thiago, Lachie, Martin, Dave Hart, Cam Rowe, Daniel Shaw, Jamie and Gustavo all helped and coached me, my dad came to watch and my team Maromba were awesome. Also, as always, Miss Jess Fraser made competing so damn fun. 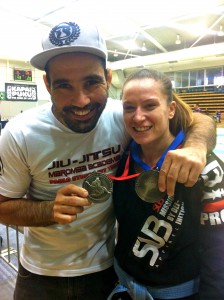 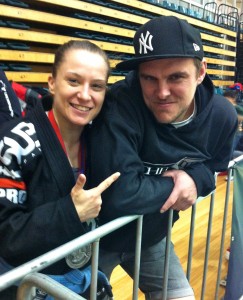 Dan Shaw of Checkmat, thanks for all your help

I am now relieved the competition season is over. This year, I competed at 11 tournaments and had 46 fights. I will take a week off to recharge physically and mentally and then start my 2013 campaign!

Thank you to my sponsors SUB Apparel for their generous support. My team Maromba and my coach Thiago have been great. Lachie taught me a lot this year and he has kept his patience with me, which says a lot. Jess Fraser brought back the fun in training, while smashing me every night, and in the process became a true friend. 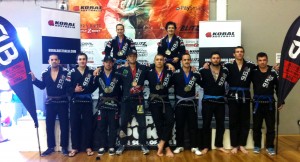 I was also fortunate enough to have help from so many fantastic mentors and coaches from different clubs throughout the year; Dave Hart (Dominance), Gustavo Falciroli (Maromba), Esther Tavares-Tutida (Evolve), Jamie Murray (Renegade), Daniel Shaw (Checkmat), David Marinakis (Immersion MMA) and Ninos Damo (AET) just to mention a few. Thank you all for opening your doors to me and for letting me pick your brains – it means more than you can possibly imagine.