My lazy and tired, but mainly lazy, butt has made me lag behind in the blog entries lately. A few things have happened in the last 2-3 weeks, so while we are resting and sun-baking in Praia do Rosa (south of Brazil), I will update on everything that has been happening.

2 weeks ago we competed at Open Talent Tournament in Campinas (about 2 hr drive from Sao Paulo). The tournament offered really good prize money for absolute winners, which is always a good draw card for top competitors. What’s even better is that Campinas is a town next to Indaiatuba, which is where Thiago and Maromba is from.

Thiago went beyond what was necessary with hospitality, arranging for us to stay at his parent’s house, and organising lifts to and from the competition venue.

We caught the bus from SP and Thiago’s brother Luiz picked us up from the bus stop in Indaiatuba. We then went straight to Maromba headquarters and finally met Paulo Streckert and some of his students, which was totally amazing.

We got up early the next morning and met some Maromba team mates who drove us to Campinas. The competition seemed quite well organised, but in typical Brazilian fashion, it did start 2 hrs late. 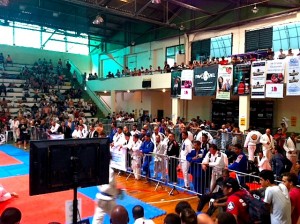 Unfortunately there was no one for me to fight in Light Feather, so I moved myself up to Feather weight to make a 3 person division. On the day one of the girls didn’t make weight so I had a straight final.

I won by a sweep from 50/50, supported by Paulo and Lachie. It was a great feeling to get my first gold medal in Brazil, but the fight also showed just how many mistakes I make and how much I have to improve. 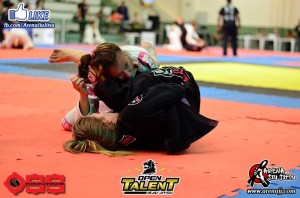 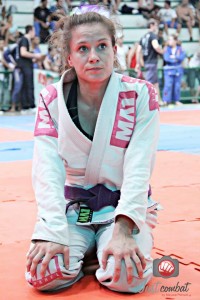 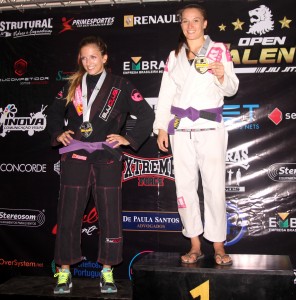 Lachie was up the next day and he totally outclassed his opponents, winning gold, after 2 controlled fights. 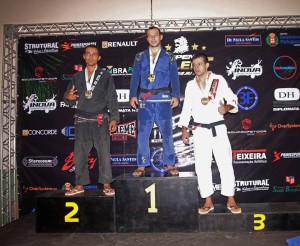 My open weight was next. First round I had a heavy weight, which I arm-barred from side control. 2nd round was also a heavy weight, which I think I won by a refs decision (we both got sweeps), and 3rd round was with an ultra heavy weight. That fight wasn’t so pretty. I somehow ended playing closed guard, and getting Sao Paulo passed after she attempted to choke me. I lied there like a pancake that has been run over by a truck unable to move. I got mounted and choked pretty quickly after that. 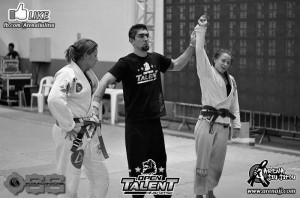 In all, I had a lot of fun, apart from the extreme heat – it was probably close to 50 degrees inside. I have never before felt so gassed and exhausted in a comp, but I guess that’s what you get fighting and trying to move people 30-50kgs heavier than you in the middle of a heat wave in Brazil.

We also found out later that Maromba won the team trophy and I was glad I could contribute to their success. 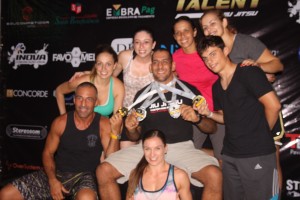 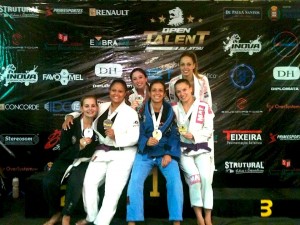 Open Talent was a great experience, made better by the people we have met. Luiz and Thiago’s parents made us feel like family, Paulo was a wonderful support, Sylvio and Daniela took care of us like they’ve known us forever and the whole Maromba team literally adopted us. 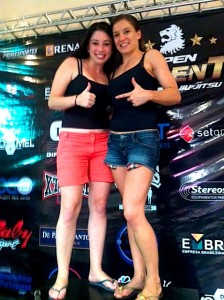 We also got to hang out and watch our Alliance team mates and get a ride home with our good mate Gabriel.

Can’t wait to go back and train with Paulo and the girls from Maromba! 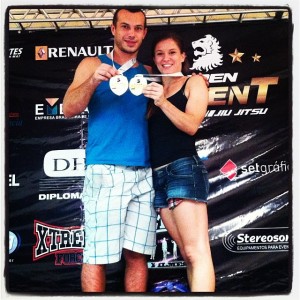