We arrived to Porto Alegre 2 days before the start of the competition and arranged to train with Mario Reis (Alliance). We literally went straight from the airport to training, where we were made feel very welcome by Mario and his team. Training was quite light, with some awesome passing drills, motivational talks from Mario and some rolls. I got to drill with Jacqueline Amorim, who is the best purple belt feather wight in the world, and then rolled with Monique Elias, who absolutely spanked me, as expected. 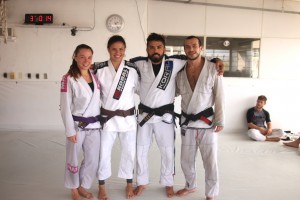 After training we jumped on a bus to Gramado, where we met our Alliance team mate Gabriel in our hotel. 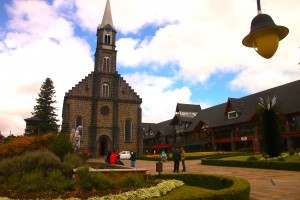 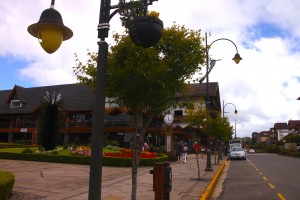 Lachie and I got to spend our 4 year anniversary exploring the town, having coffee and dreaming about what food we will eat after the weigh in. 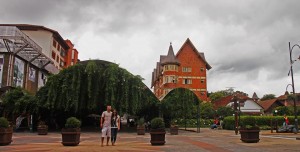 Lachie’s weigh in was on Thursday and after he made weight (at an indoor skiing centre) we went to all you can eat pasta buffet, which was filled with BJJ guys from all over the country. I was sitting at 52kgs for my weigh in the next day (2kgs under), so I got to enjoy it as well. 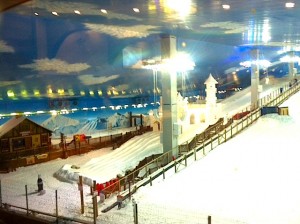 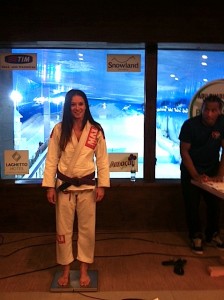 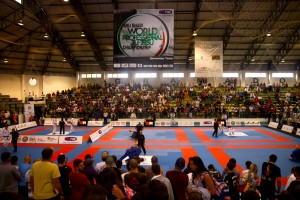 As luck would have it Lachie drew his Alliance training partner in Gabriel Gouart first round. They are great friends, so it was sad that they had to fight each other, but that’s life. It was a very close, exciting match, which Gabriel managed to win. The amazing thing to see was Michael Langhi destroying everyone in his path and eventually winning that division.

I got to watch the brown/black belt ladies compete and I am super impressed and envious of their skills, ferocity and experience.

Since I wasn’t on until 5.30pm the next day, we hired a car and went sightseeing. We drove to an awesome waterfall and climbed all 800 steps to see it… I considered that as my warm up. 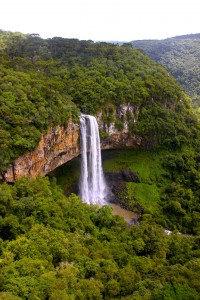 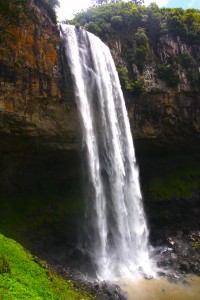 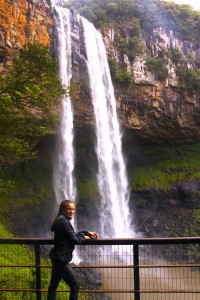 Next thing I remember is being in the warm up area feeling great. It was probably my first competition, where as soon as I put the gi on, my nerves turned into excitement. I was in Brazil, fighting the best in the world and I couldn’t have been happier. 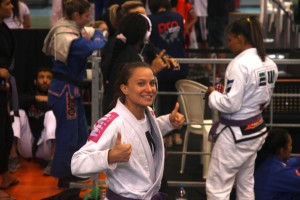 Unfortunately this comp didn’t attract many light feathers and it was just myself and Thamires (who I fought in SP) in the under 54kg division.

I was really disappointed to lose the fight after the advantage the referee gave me didn’t show up on the score board. But, I guess it’s all part of competition and it’s better for it to happen here than at Worlds. The big lesson for me – don’t leave it up to advantages or refs decisions. 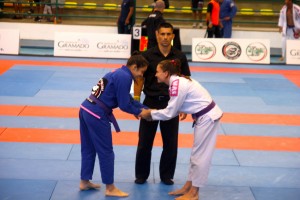 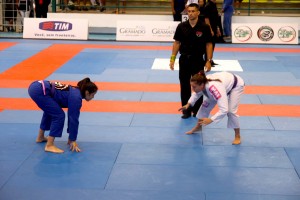 I got over it pretty quickly though, in the end I did my best, I had a much better fight than last time, I know what I need to do for next time, and I had to concentrate for the open the following day.

Since only medal winners qualify for the open, none of my Alliance team mates made the cut, having had extremely tough first rounds in their respective divisions.

When I saw the draw for my open weight the next day, I nearly pooped my pants with excitement. I had a bye, then second round was Ana Carolina Vieira and if I somehow magically managed to win that, I was most likely to fight Jacqueline Amorim for a place in the final…. the draw of dreams!

I found out last minute that Ana Carolina scratched, so I got another bye to the semis.

I had a good start to the fight with Jacqueline and felt quite good on top. I managed to get into some good passing positions but completely failed to capitalize on them. After going back and forwards with her trying to sweep me and me coming right back up, I eventually ended up on the bottom in double underhooks, and Jacqueline did a very beautiful pass from there… it wasn’t long before I got my ass choked.

It was a great experience fighting the best girls in the world and although I got my butt handed to me, I can say that with a lot of hard work, I can definitely get there. 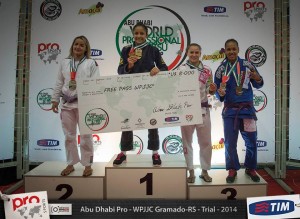 Yet another medal for losing.

Lachie also decided to enter open weight to gain more experience. He won his 1st three fights in style, fighting guys much bigger than him and only lost to Murilo Santana in the quarters. It was so amazing watching him going back to the bull pen fight after fight and finally getting to show his BJJ.

We spent the rest of our time in Gramado eating really good food with Gabriel and organising our stay in Porto Alegre.

In all, it was a very useful trip, a fantastic experience, a motivator and a nice way to make new friends and see more of Brazil. 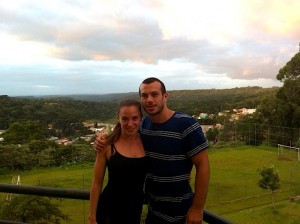