A few weeks have passed since I last competed at the Melbourne Regional Championships run by SKAMMA. This competition offered equal prize money for men and women – $1000 for black belts, $600 for browns and $400 for purple belt absolute winners. I thought I would be crazy not to jump in and support such a fantastic initiative. Unfortunately only one other purple belt lady entered – my good friend Kim, whom I have competed against often since our white belt days.

It was a pleasure fighting Kim in such a technical battle. As I came away the winner, I had the opportunity to step it up and fight Maryanne in the brown belt open final. Maryanne is a class act and the most decorated Aussie and it wasn’t long before she arm-barred the crap out of me. 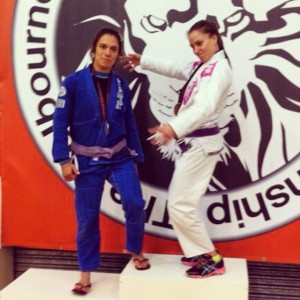 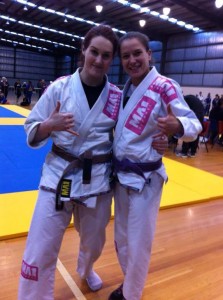 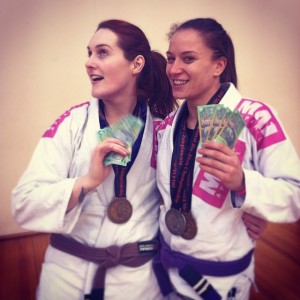 True to their word, SKAMMA not only paid the purple belt prize money, but also the brown belt. Hopefully next year, the ladies will show more support for people who are willing to support us.

I was incredibly proud of Lachie for winning the black belt open weight in style. He faced competitors much bigger than him and showed maturity, amazing technique and strategy. What a legend. 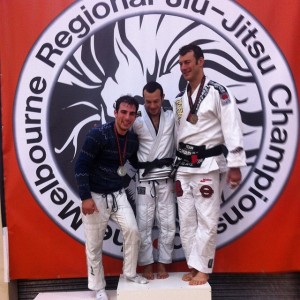 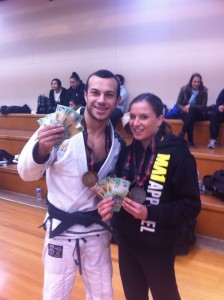 In all, it was a super friendly comp with a really nice vibe. Everyone was out there to support each other and just show some good jits.

Apart from that, I am still really enjoying training. I find myself consolidating all the skills I learnt in Brazil, which I wasn’t able to try out on any lower belts while over there. I am drilling a lot and specific training all my worst positions. This makes me feel as though my BJJ is not so good, but it’s so rewarding to train and slowly seeing that my weaknesses are becoming my strengths. The guys who make effort to come in outside of class times at Absolute and work hard with me are the best – Richard, Murat, Serhat, Chetan, Stanley, Pat, Alex, Trung, Odette and Shantelle are all killing it at the moment and I couldn’t ask for a better group of training partners.

Having such a great bunch of team mates makes prepping for BOA Super 8 really fun. It’s coming up pretty quickly – if you would like to buy tickets contact me via the blog or e-mail livia.gluchowska@gmail.com. As if the undercard is not strong enough, the main draw is made of dreams! I am so pumped to compete at this event.