Some of you may have noticed my ridiculous selfies of my abs as of late floating around on Facebook. About 3 months ago, I have set myself a goal to try and compete at the 51kg division at Worlds. However, this would mean dropping about 4.5kg. Which is not a lot, but then again, there was not a lot of me to begin with. 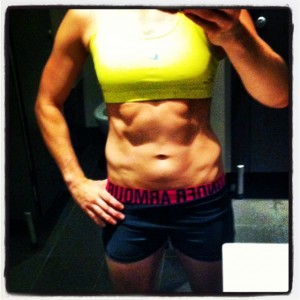 I also had another concern. In my past life I was a rhythmic gymnast. I was marred by eating and mental disorders and a very unhealthy relationship with food for about 12 years while training. As an 8 year old weighing 24kgs, I was told by my coach to be called ‘fatso’ by my training squad until I lost weight. When I started developing, I was told to tape my breasts down and to lose weight to get rid of my ‘curves’. I was told I was an embarrassment for the way I looked for many years. It actually took me to my early 20s to stop binging and be able to eat in public without freaking out. (DON”T DO GYMNASTICS PEOPLE!). 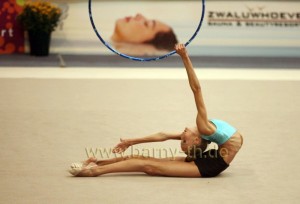 So, perhaps as you can imagine, I was a little hesitant about restricting my food or changing my diet, due to the possibility of going absolutely nuts. But I decided to give it a go anyway. And to be normal about it.

I was very close to seeing a dietician, but thought I would give the good old common sense a go first. I cut out bread, sugar, most dairy, deserts, 2nd dinners and lunches. I replaced pasta with quinoa, added more vegetables, more lean meats, fish, nuts and fresh salads. Once a week I also had some chocolate or a little wine, specially during PMS, when my head would not shut up until I fed my mouth with chocolate. And I was totally fine and guilt free about it. Also, being conscious of being even lighter and smaller, I was concerned about losing muscle mass, so I added 2-3 strength and conditioning sessions a week. So whilst losing weight, I was lifting PB’s at the gym.

I was always ashamed of my body, if not embarrassed about it. Then I got abs. And started taking photos of my abs (Gross, I know). But it was also a very direct decision to do so, mainly for my own mental health. I decided that as I near my 30s, it is time to stop hating and criticising myself for everything. Right now, I am PROUD of my body and how hard I work for it and what it reflects. It is not only healthy living, eating and exercising, but also a reflection of a great mental state I’m currently in. I know I may get judged and laughed at, however it is something I am personally extremely proud of achieving, and to me that is all that matters.

So, the first 3 kg literally fell off me. The last 500grams was tough. Very tough. Victorian Championships last weekend was my test, to see if I could do this for the Mundials.

On the day, I definitely felt terrible – I was dehydrated and felt weak. I made weight by 300g, and felt so bad that I considered pulling out of the Open. I will need to drop another kilo next time, to make sure I can afford better nutrition the night before and the day of the competition. 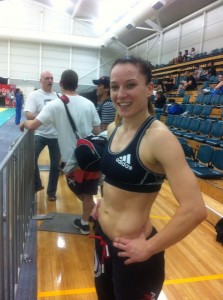 Fortunately, after the weigh in, I had no more energy left for nerves, and ended up fighting quite well. I managed to win under 51kg and the Open without a point or advantage scored against me. I felt calm, in control, comfortable from every position, focused and ready. I was also awarded Most Technical Female, which was a nice surprise. I had 3 goals for this championships, which were all achieved – to compete at 51kg, to not get in closed guard and to have a lot of fun.

Jess, as usual, was the best team mate, putting songs in my head all day which inspired me to use some spider guard sweeps (Yep, she was singing Spider Pig). It was also great to have Thiago in my corner coaching me through all my fights. 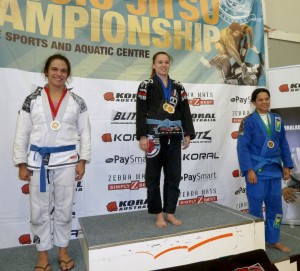 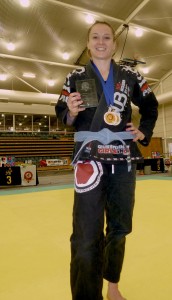 As I get ready for Worlds, I plan on staying quite light and cut another 1kg, 2 weeks before. Otherwise, training is going super well, – I have added a drilling/specific training session with Lachie, 2-3 strength and conditioning sessions a week, an occasional session at Checkmat with Dan Shaw, and a hard gi class at Immersion with David Marinakis, as I can’t make my own class due to work. My strength is going up and my lifts are getting better. Most importantly, I am having so much fun, I’m loving training and I have the most encouraging team around me. Lots of work to do in the next 2 months, but i say BRING IT ON! 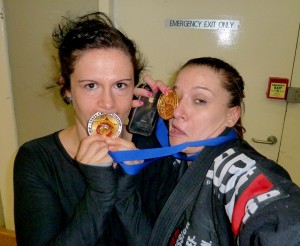 Miss this muppet as she lives her dream in Abu Dhabi. Smash, smash Miss Fraser!