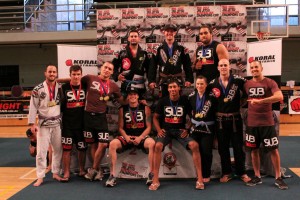 Thanks to SUB Apparel, I was able to compte at the Australian Champions Cup in Brisbane last weekend. Their support is unparalleled and I just can’t wait for the women’s range to come out very soon. Keep your eyes out on subapparel.com for the news!

My goals for this comp was to be confident in all aspects of my game which I have been working on – stand up, different guards, hitting sweeps, transitions and passing. I wanted to win, but for once I was more focused on the process than the outcome.

As there was no one in my weight division, I was put up to 61kg in both gi and no gi.

Saturday saw me compete in u61kg and open no gi. I was able to win my weight division and improve my game in the final. I lost my semi final in the open – unfortunately I relaxed a little too much mid fight, left my arm flapping around and as I was trying to defend the arm bar, pull out the arm and then stack, my shoulder subluxed and would not go back in. I decided that going to work without major injury on Monday was more important than winning the fight and had to tap. Taught me a good lesson (again!) to remember that my arms are in fact a part of me and they are actually controllable. 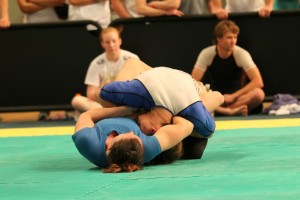 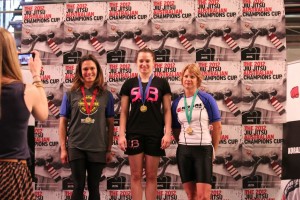 I woke up a little sore on Sunday, but nothing that a bit of adrenaline couldn’t mask. Again, I was able to win my weight gi final. I was happy with both of my fights where I finally learnt to trust my skills and my game plan, remain calm and in control and enjoy the fight. 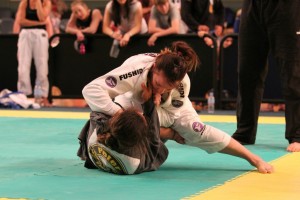 Working on a pass. Photo by Sub Apparel 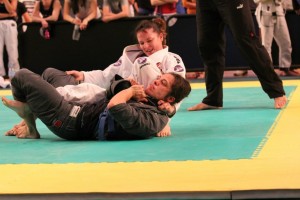 Setting up a choke. Photo by Sub Apparel 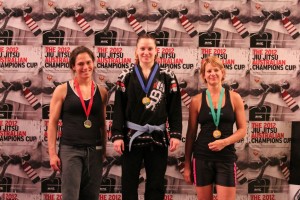 Open weight gi was my last event of the Championship. I had a bye first round then faced a tough opponent (and one of the nicest girls I have ever met) from QLD. It was probably one of the most intense fights I have ever been in. I managed to hit two sweeps and got swept once, but I came out the winner on points. I was thrilled to be in the final. 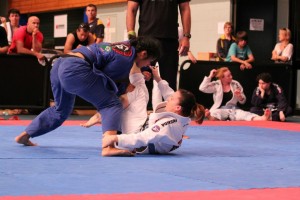 Setting up a sweep. Photo by Sub Apparel 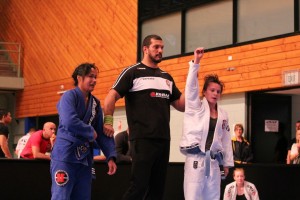 Still struggling to breathe from the fight before (and my ridiculous inability to burp), my opponent pulled closed guard, where we spend the next 4 minutes grip fighting. Knowing I am nearly 20kg lighter I was not taking risks standing up without perfect grips. I was patient, but well aware that the clock was ticking and I had to move. I had a few good attempts at standing and opening the legs, but couldn’t capitalise. I was pretty confident though, that I was much more active than she. With 1 minute to go we both got penalised 2 points and stood back up. Immediately I jumped guard, working for a sweep, but couldn’t pull it off. We stood back up with 30 seconds to go and both attempted a desperate last second throw. I landed on top of her side control and the timer went. In the past, I have lost 5 refs decisions in a row, but this time I was fairly certain that the fight was mine… It was such a satisfying moment when my hand was raised. 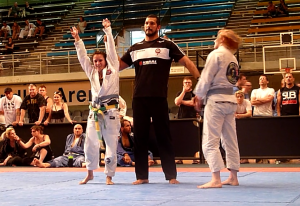 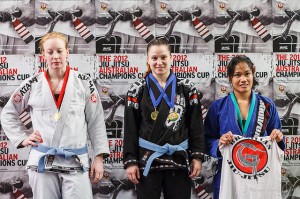 This trip was such an important competition to me for a few reasons. I have been working extremely hard in the last few months, and it is the best feeling in the world to see the hard work actually pay off. More than anything, I am finally starting to believe in myself, in my training and in my skills.

To top it off, I was surrounded by the SUB Apparel team who supported me and had my back throughout the whole weekend. Catching up with all the girls who were competing was fantastic and it was a pleasure to be a part of such a friendly and a positive tournament.

Massive thanks to Lachie, Thiago and all Maromba/Absolute MMA people for supporting me, training with me, smashing me and copping my spazzing from time to time. 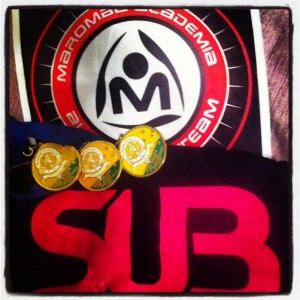