Frolicking in Bikinis in Jericoacoara, Brazil

We landed in Fortaleza early in the morning and arranged for a private transfer to Jericoacoara, which is famous for amazing winds for kite-surfing. It was more expensive than a local bus, but since we had a limited number of days designated for being sloths, we had no time to waste.

The trip took about 5-6 hours in a 4×4, including driving on the beach and through the dunes.

Jeri is a relaxed town, has no roads, but only sand. Not having to have to wear shoes anywhere you go has brought my ‘lazy scale’ to epic heights. Actually, I pretty much just wore bikinis the whole time we were there, hence the large amount of photos of me prancing around on the beach wearing not much.

We checked out the local beach and watched a stunning sunset on a massive dune, ate salmon marinated in passion-fruit and tried more yummy juices. 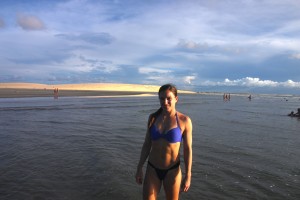 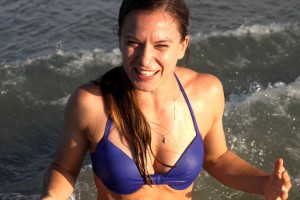 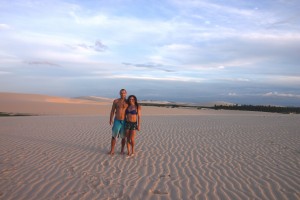 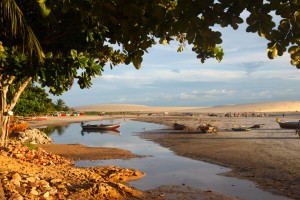 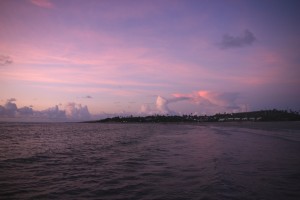 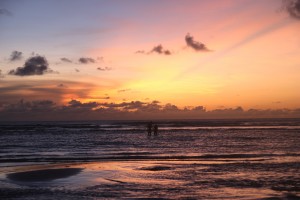 The next day we found a buggy with a guide who would take us around the sand dunes, beaches and lakes.

The dune buggy ride alone was super fun and the scenery was striking.  The white sand, blue sky, very green grass and palm trees, ocean, lakes and lots of random donkeys took my breath away. 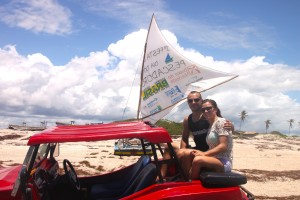 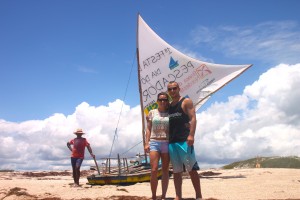 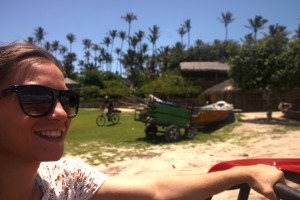 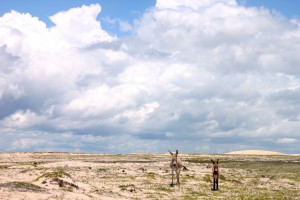 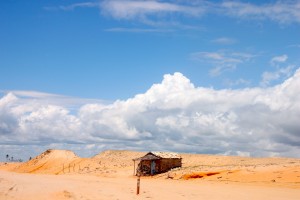 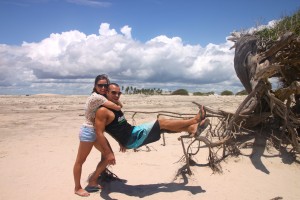 The first stop was at Lagoa Paraiso. The water was crystal clear, aqua blue and the perfect temperature. What’s even better is the hammocks you could lie in which would half dip you in the water and if you wanted the staff would bring you an icy drink. How is this real? I have no idea, but it happened! 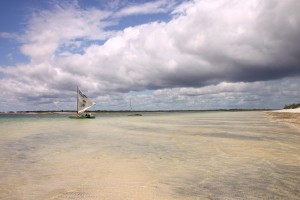 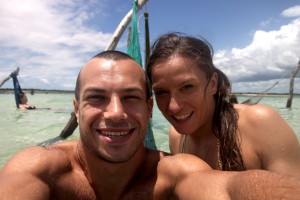 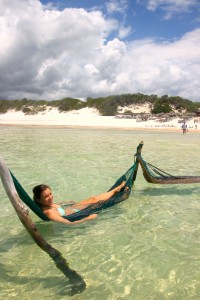 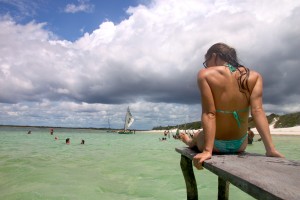 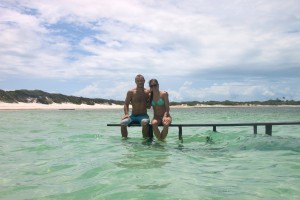 The next stop was at a similar lake, where we swam, ate lunch and had a caipirinha. We got home before sunset and had a little rest before doing another tough strength and conditioning session on the beach under the moon and the stars, while listening to the sounds of capoeira nearby. It was a perfect day. 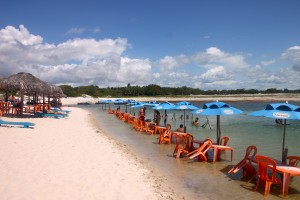 We spent the last day exploring the local beach and eating too much tapioca, and then the weather turned bad. As we walked past a local gym, we thought we would ask about jiu jitsu. One of the boys immediately stopped his work out, walked us to someone’s house, and introduced us to a blue belt from Nova Uniao. Before we knew it, we set up about 3 square metres of mats in a little hall with broken windows and a handful of locals ready to train. It was Lachie’s first class run in Portuguese, but with two of us remembering random words we managed. I thought that only 1 pair would roll at a time due to lack of space, but we managed to have 3 pairs going and somehow no one died. It was so great to train a little and put a gi on and yet again meet some kind, local people. 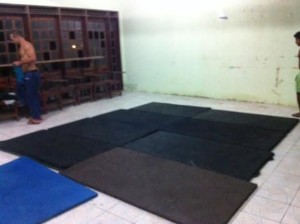 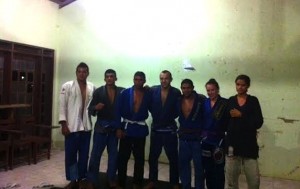 We woke up full of smiles and caught a long bus back to Fortaleza, where we checked out the local market, had dinner and went to sleep for a 4 am flight to Sao Luiz.