Yet again I have lagged behind in updating this blog. My training induced brain-fog and tiredness is the main culprit. That coupled with a very intense training block, the stress of 3 competitions in the space of 7 days (including Brasileiros), saying good-bye to our friends in Sao Paulo and leaving Brazil with great sadness, and training with Marcelo Garcia in New York.

I entered a competition in Santos and of course there was no one in under 55kgs, no one in under 65kgs, so I put myself up to a 70 kg division to get a fight. I really wanted to try a few new things before the Brasileiros and shake off the competition nerves again.

The boys were on the following day, so I had to drag Lachie out of bed at 7am to get the 2 hr bus to Santos just to watch me compete once. What a legend.

The fight itself wasn’t my prettiest or best jiu jitsu, but I was happy enough with opening my guard up, trying new things and feeling strong with my guard recovery, which is always a bit of an effort with a bigger opponent. I think I won by 2 points in the end, and as always learnt a lot. 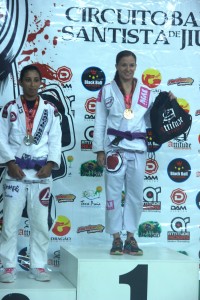 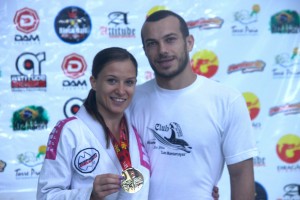 The next day I entered another competition in Sao Paulo, which was a blue/purple combined absolute with a R$600 prize money. Since the boys were competing in Santos on the same day, I made the 2 hr trek on my own. It was my first time venturing out in SP by myself and using the metro system, so I was more nervous about getting lost then actually competing. Alas, I made it and survived.

When I looked at the entries the day before, I was the only purple entered, so I went it ready to win. However, on arrival I saw all the late entries and the bracket was filled with Sao Paulo’s (and World’s) best purple belt ladies. What a treat to get to compete against them. It was a fun, friendly comp, and the girls made me feel super welcome.

I fought Bianca – a purple belt who beat me at the Abu Dhabi Trials in January and was pretty excited to test myself against her again. I felt confident and calm. I planned to pull guard, but she beat me to it, quickly establishing single x. I was happy with that, as I actually love passing single x and x guard, but just as I was getting comfortable, she threw on the tightest footlock I have ever felt. It was probably my fastest competition tap. All I could do was laugh about it (while kicking myself inside my head of course), make sure I don’t make the same mistake again, thank my lucky stars it wasn’t the Brasileiros and that I managed to tap in time. Losing sucks, but it’s all a part of the game. 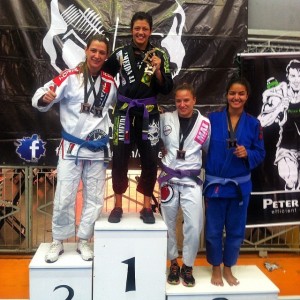 The next few days at training were some of the toughest yet. Training at Alliance at lunch time is hard. There were no easy rolls. For 3 months there were no women on the mats. I had about 4 blue belt light weight men to roll with, the rest were purple – black, of which at least 10 were World Champions. Many times I was nothing more than a mop on the floor. Many times I was close to tears, only because I was so tired I didn’t know what else to do (you don’t rest, of course). Most of the time absolutely nothing worked. But my fitness, aggression and intensity all improved. Even though it often didn’t feel like it at training, I know my technique improved also. I know this because my first week at Alliance, I couldn’t even get a grip. NOT ONE GRIP. I was actually tapping before I established guard.  Now, I managed to sometimes sweep or pass on a good day. I knew that no match at Brasileiros would feel as horrible and tough as training has been. 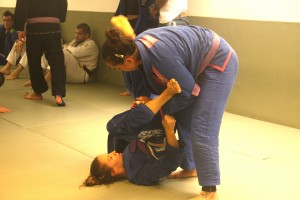 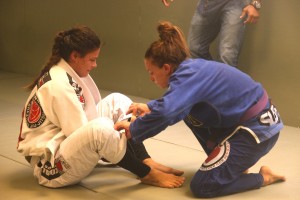 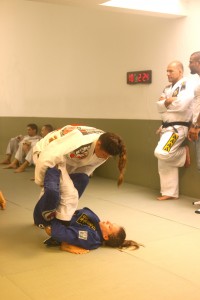 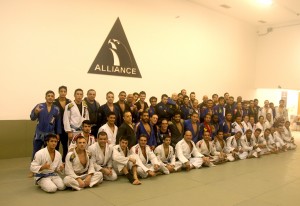 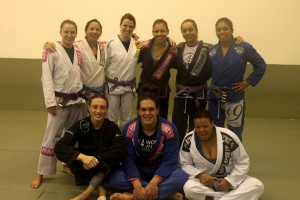 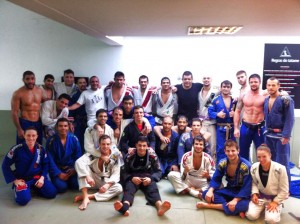 Rested and inspired, with an amazing team behind me, I was totally ready to fight.

A Week at Cicero Costa’s