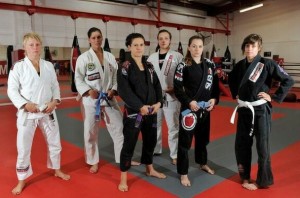 So for those of you who have been hiding under a rock, the AGIG Camp 3 was a massive success. This year it brought 74 females together for 2 days of rolling, training, seminars, socialising and a ridiculous loud lycra ‘competition’.

The hype grew when The Age decided to publish a great article and a video prior to the camp. Check it out here. Also, check out the gallery here. Some very nice exposure!

I really enjoyed meeting and rolling girls I have never met before…and there were loads. In the end I didn’t even get close to rolling with everyone!

From rolling sessions, to Q& A, BJJ classes, Judo, MMA and psychology, there were just so many damn choices that I wish I could do it all. In the last minute I decided to join an MMA class with Gustavo Falciroli, which was fun and something completely different and new for me. And I must say I felt completely unco as I tried to leg drag with gloves on, instead of supposedly punching people I the face. That’s definitely NOT how it’s done.

Every rolling session provided an opportunity to roll with and ask advice from many black and brown belts from different affiliations and clubs, who kindly donated their time. Amongst them were big hitters like David Marinakis (who was a hit with the ladies swooning over him), Dave Hart (who also donated the space at Dominance), Cam Rowe, Lachie Giles, Thiago Stefanutti, Dan Shaw, Frank Barca, Jamie Murray, David Christopher, Deon Perkins and loads of others.

Another highlight for me was a sports psychology session from Tra-ill Dowie. Wealth of knowledge that I easily digested and implemented into my sports and personal life. 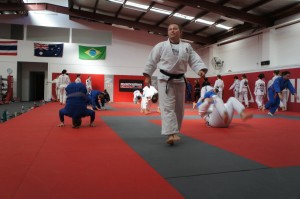 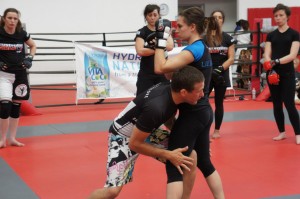 Most of all, I think it was wonderful to see so many women with completely different paths, stories, goals and walks of life sharing knowledge, friendship and BJJ. It is so nice to respect one another and celebrate our differences, as we empower one another to achieve our gaols, whatever they may be. 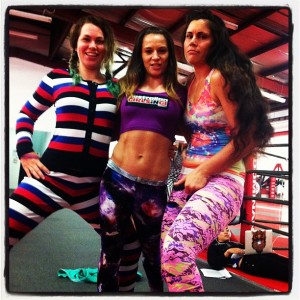 Offensive Lycra…so wrong, but so good!

There was so much ‘awesome’ that happened at the camp, that it is hard to write a blog entry without it being super long. So next time, come and check it out for yourself.

Also, I became hooked and border line obsessed with Coco Cafe and Vita Coco Water, who generously sponsored the event. It is available in three size variants 330ml, 500ml  & 1L, along with natural fruit puree flavours such as Orange, Peach & Mango, Pineapple and Tropical Fruit, plus Coco Café, which is coconut water & coffee latte (this was by far my favourite).

It is DELICIOUS and you should check out their website and order a case for yourself at http://www.blueoxygen.com.au/ 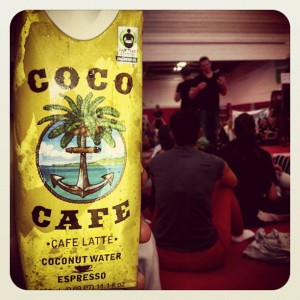 Last but not least, this even would not be possible without Miss Jess Fraser, who single-handedly works harder than anyone I know on promoting women’s BJJ in Australia. Her passion is inspiring and the results speak for themselves…What a legend. 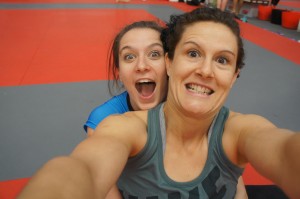