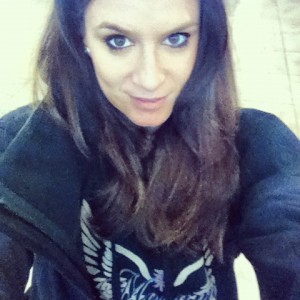 2 weeks ago, 8 Victorian girls jumped in a van and drove across the state to Adelaide to compete at the Synergy Pro competition. Synergy Pro put on a beautiful competition, offering prize money for Open Weight winners (blue to black belt) as well as a very small entry fee for female competitors, to encourage more of us to compete. Due to work commitments, being sick and having a little break from competition as I consolidate my new skills, I decided to sit this one out. However, after work on Saturday, I jumped on a plane to join the girls in Adelaide and drive home with them on Sunday night. 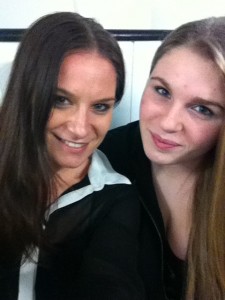 I am so proud to be a part of these group of amazing women. Nearly all belt colours were represented and most of us were from different clubs, each competing against another. We put all political BJJ business aside and decided to support our sport together. It was so much fun and such a pleasure to get to know all the ladies. 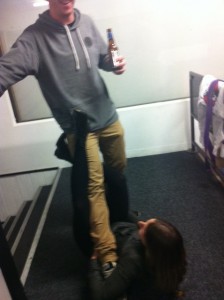 Unfortunately, in my opinion, Australia is way too young in the BJJ development to be able to afford to be all segregated and separate. In order to achieve results internationally (which is where it really matters), training together from time to time is the best option. If someone learns my game or my highest percentage sweep or pass, well, I have to get better at it for it to work. Then they have to get even better at defending it. Which lifts BOTH of our BJJ standards up. Which in turn helps our respective team-mates improve.

In the last year or so, some of Australian best male brown and black belts have been getting together to roll and drill and share the knowledge. Their standard is only getting higher, with many now competitive on the world stage. I think that is a wonderful example for us girls. There are not many of us, so from time to time, let’s learn from each other and improve together. 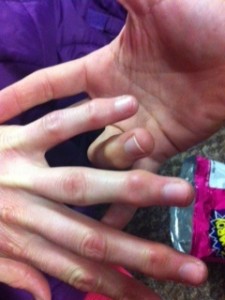 Comparing our BJJ knuckles, instead of doing our nails. Yep, females in jiu jitsu.

Massive thanks to Synergy Pro for putting on such a positive competition and for Leo Arruda (Arruda Adelaide), for having all of us crazy women sleep at your gym…a wonderful initiative. 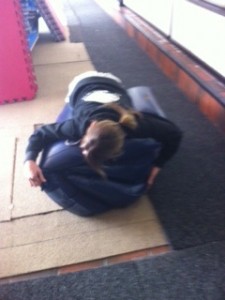