3.5 weeks ago I completely tore my anterior cruciate ligament (ACL) of the knee during training. Last weekend (3 weeks after the injury) I competed at Copa Podio in Brazil without an ACL and won the fight (more on that later).

Initially we thought it was a partial ACL tear, but later a sports physician confirmed it was a complete rupture, which broke my heart.

I have documented the emotional roller-coaster that was the last couple of weeks by mumbling quite a bit on video and also recorded a small portion of my ACL rehab program, strengthening and sports specific drills, which helped me be as physically ready as I could have been given the circumstances. 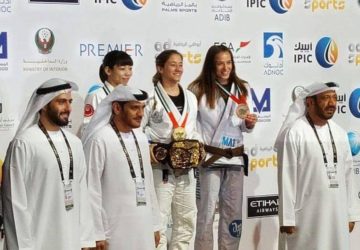