This year Lachie and I decided to do something different for our Worlds camp and go to NYC to train with Marcelo Garcia. Obviously, apart from Marcelo being God and all, I was also excited to not hang out in Vegas or LA for once. 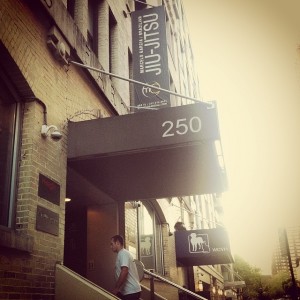 We flew from Sao Paulo to NYC and settled into our rented room in a hipster house in Brooklyn. I loved Brooklyn with it’s more relaxed feel compared with Manhattan, great cheap food, and cute (and extremely hipster) coffee shops. One of the things I’ve missed the most whilst travelling Central and South America was Australian made coffee. It also helped that Australian large cup of coffee is the USA equivalent of a small. Where I used to sneer at Melbourne’s coffee snobbery (which sometimes borders on being wanky), I am now totally and completely one of them. Melbourne has the best damn coffee in the world. 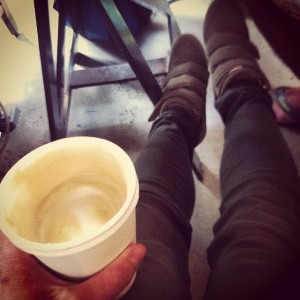 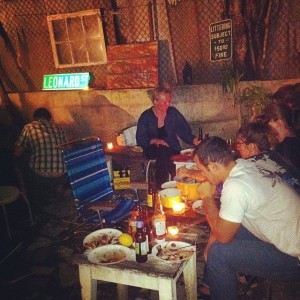 Anyway… Back to BJJ. Coming from SP where training was rather intense each day, we decided to do 3-4 classes at Marcelo’s each day. Most classes only lasted one hour, which included 20-30 minutes of rolling. It was nice to feel fit and aggressive, however I am hoping I didn’t come across as a psycho fighting to the death for grips. Marcelo’s students were lovely to roll with. There were usually between 2-10 coloured belt ladies at the gym each day, which was a treat. There was also plenty of feather weight blue/purple men which were gentle enough on me, so that I didn’t break. 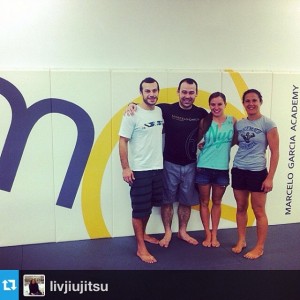 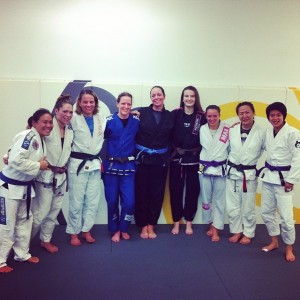 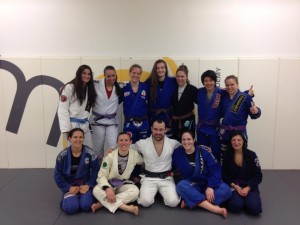 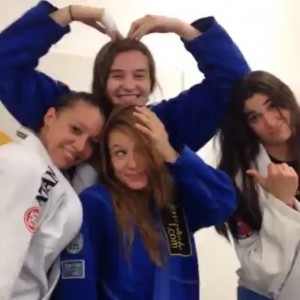 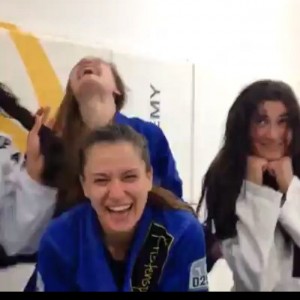 I look much better with her golden locks.

One of the highlights for me was rolling with Marcelo, which is now on MGInAction and you can watch it here. Of course when I say roll, I mean I was rolling and Marcelo was sitting there giving me positions (which I still failed to take). Another great thing was the calibre of instructors. When Marcelo wasn’t taking the classes, it was either the ever-smiley Bernardo Faria or Paul – whose attention to detail was out of this world. 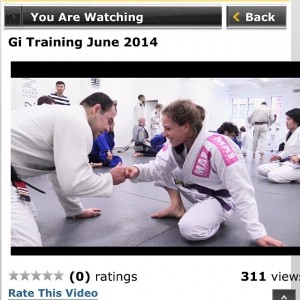 One of my happiest moments was seeing Jess Fraser for the 1st time in 8 months. She changed her plans and decided to come to NYC to join us. It was so fun to hang out again and to have someone as tough as Jess to train with and then to laugh about it after. 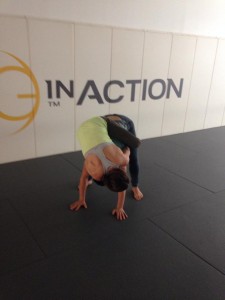 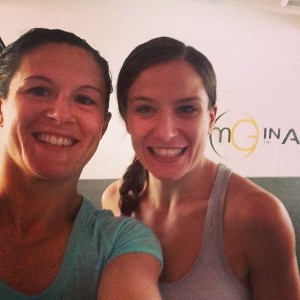 Another happy reunion was seeing Stanley from Melbourne and Magical Anna from the UK. I have the pleasure of catching up with Anna about once a year somewhere in the world and am always amazed by her ever-improving jiu jitsu. 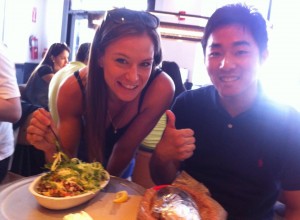 Training at MG’s was a perfect prep for this year’s Worlds. I got to get out of my comfort zone and roll different people and a variety of different games. Most importantly though, I had fun with people I really like, my confidence grew and I got to see more of New York.

Apart from getting on a top-decker tourist bus and seeing the main attractions, getting epileptic fits in Times Square, napping in Central Park, walking around Chelsea, seeing a baseball game at the Yankee Stadium and exploring Brooklyn, one of the highlights for me was going to the Comedy Cellar. Jess’ cousin arranged tickets for us and we saw a great line up of some very funny people. The next day one of the comedians invited us to record an MMA comedy podcast called Hammerfisting – Brutally Funny MMA Podcast. Jess, Lachie and I laughed our way through the recording, which you can listen to here. 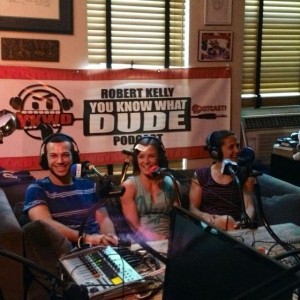 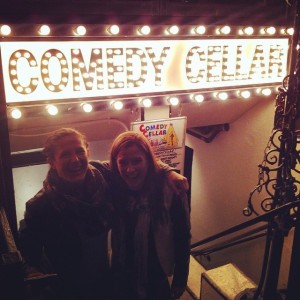 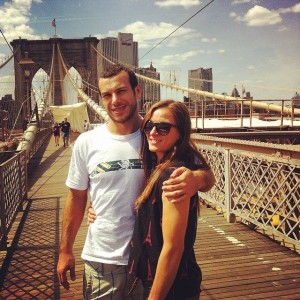 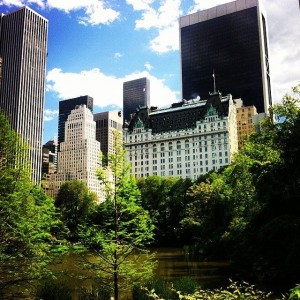 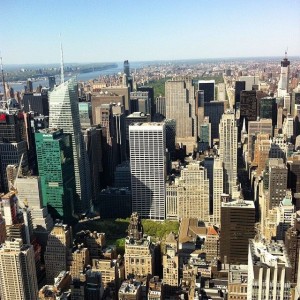 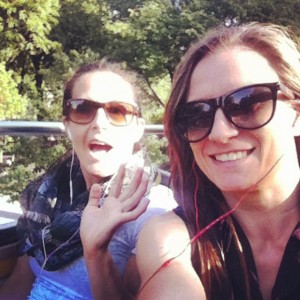 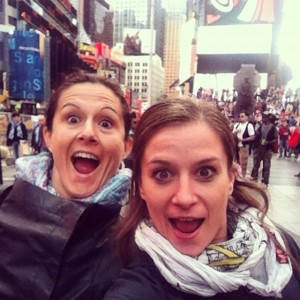 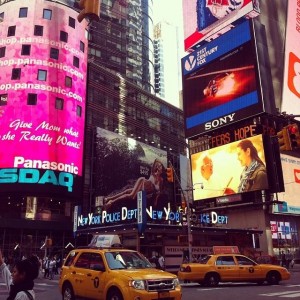 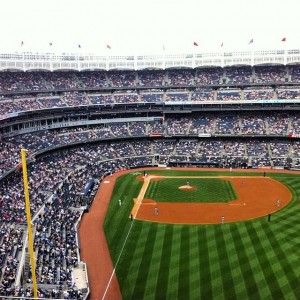 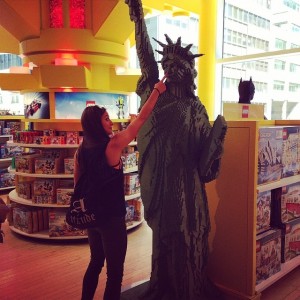 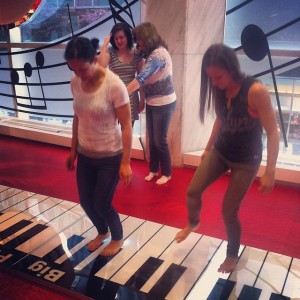 I was lucky enough to meet some of the Underarmour team in Soho and be let loose in their brand shop. I was literally treated like a celebrity and can’t wait to wear all the stuff to training! 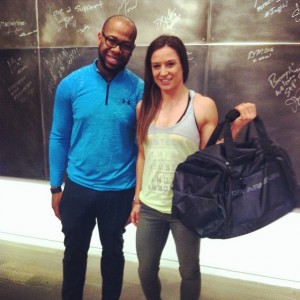 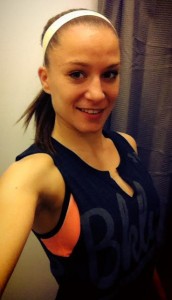 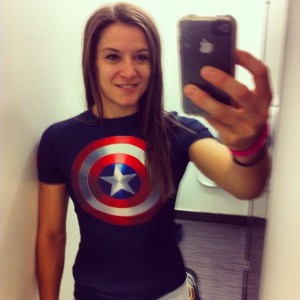 Tapered, rested, fit and ready we flew to LA to yet another Mundials. I have so many memories from NYC, not only of new BJJ skills, but also of many wonderful people we’ve met who made us laugh till we dropped.

Of course, none of this would have been possible without my wonderful sponsors MA1 Apparel, who are the best support a girl could ask for.