My confidence was high and I felt great coming into this year’s Worlds. I was as prepared as humanly possible. My division was tough – I think there was no clear favourite, but there were about 5-6 girls that stood a chance of winning on any given day.

I won my first fight 17-0. It took me a while to get going, but once I got on top, I unleashed my pressure passing and felt good. 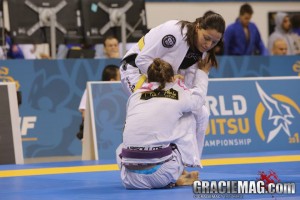 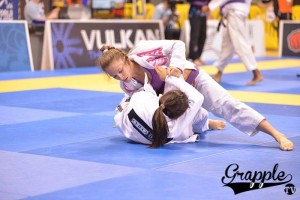 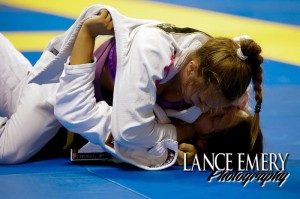 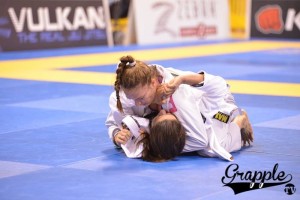 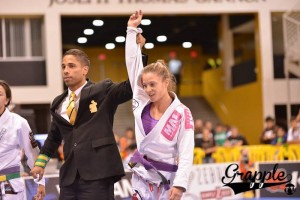 I lost my quarter-final by an arm-bar from a scramble. I pulled guard, but I was unable to finish a sweep and we stood up again. I pulled again, but this time without the grips I wanted. I defended passing for a while and as I was coming on top in a scramble, I got arm-barred hard. I tapped about 6 times and also yelled pretty loudly, but my opponent didn’t let go for an extra 3 seconds. As a result, I still carry an injury, most likely with permanent cartilage damage. Understandably, I was pretty annoyed at that. 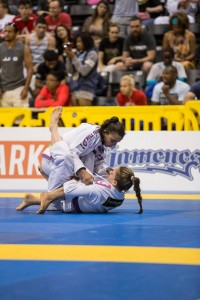 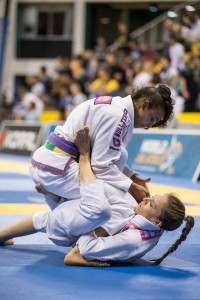 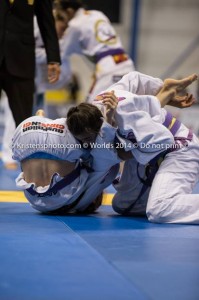 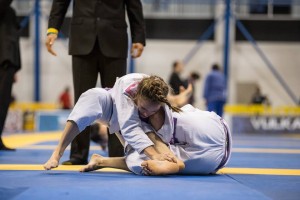 Caught in an armbar. Photo by Kristensphoto

So my 2014 campaign ended without a medal and an injury, which was pretty upsetting at the time. Admittedly, I had a little cry straight after my fight, but as pointed out to me by my friend, that’s ok, because I’m ‘allowed to give a shit’. I was definitely expecting more of myself, but I also know that I will come back better and stronger.

My favourite moments from 2014 Worlds included watching Lachie fight JT Torres, watching Michael Langhi give it his all with a torn ACL (which no one knew about), watching my Alliance team mate Andresa Correa win her second black belt World Title, the Michelle vs Tammi match, Lepri’s passing, Monique Elias winning double gold and receiving her black belt on the podium, Bernardo Faria’s war cries, Demi winning a bronze in blue belt, Malfacine’s speed, Sophia Drysdale becoming the 1st Aussie to medal at black belt Worlds, Alliance winning male and female team trophies and of course catching up with my Aussie and Brazilian mates. Once again, the Worlds was a reminder that it is much, much bigger than myself. 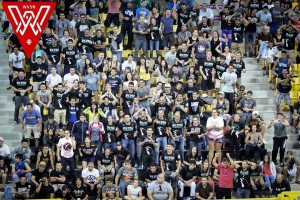 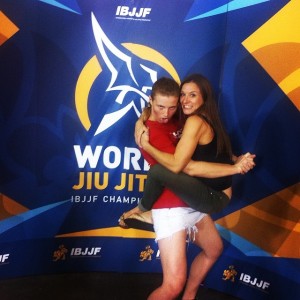 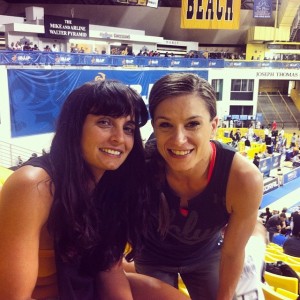 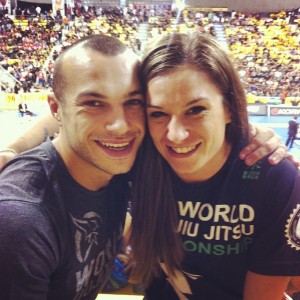 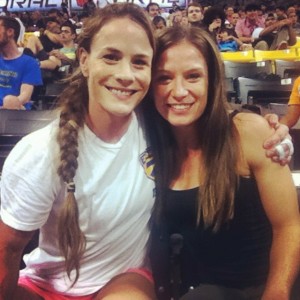 After the competition was over, Jess, Demi and I jumped in a car and drove to San Diego for a couple of days. I absolutely loved the city and cannot wait to go back there. Of course, the plan was to not train, but when Monique Elias messages you that she wants to roll, it’s pretty hard to refuse. We were welcomed at Barum Jiu Jitsu, and had a ball training with Monique, Mario and all the girls. 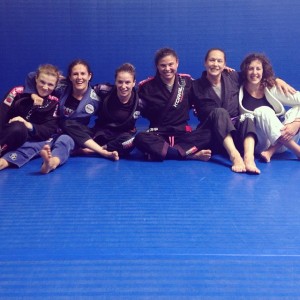 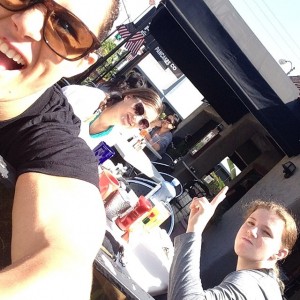 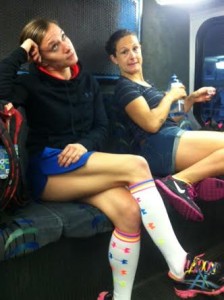 So my amazing 8 month trip ended with a drive back to LA. I was excited, happy and sad all at the same time to come home, but Lachie kept reminding me of Melbourne’s coffee waiting for me, which lifted my spirits!

As always I would like to thank my amazing sponsors MA1 Apparel who made this years Worlds possible, Absolute MMA & Conditioning and Kristensphoto.

Also please check out the incredible and talented photographers who gave me permission to use their photos in this blog: